Mrs Piermont appeared in Beneath a Steel Sky as one of the elite and powerful inhabitants of Union City. Lady Piermont was found playing the piano in the Hotel Ubu by George Stobbart in Broken Sword 1. Twins? Probably not. Related? Definitely! 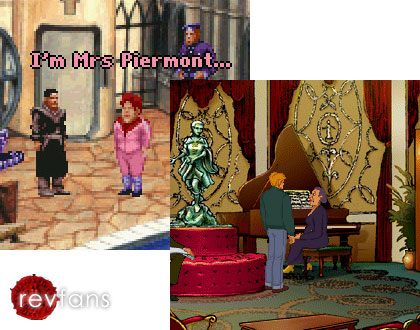 The GBA version of Broken Sword: The Shadow of the Templars was released in 2001. Instead of the traditional point and click interface that was used for the PC and Playstation versions, direct control was implemented. This means that the player can control where George walks. With this new found ability, Revolution included an Easter Egg which utilised this. 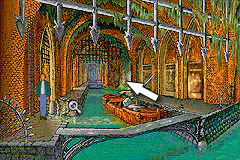 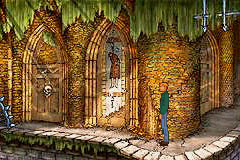 When you get into the sewers below Montfauçon, you are able to walk all the way up the right path, indicated by the arrow in the left picture above. Once you get around the corner (right picture) you are greeted by a scene from Broken Sword 3!

Found another Easter Egg, or have some trivia about the game? Tell us!